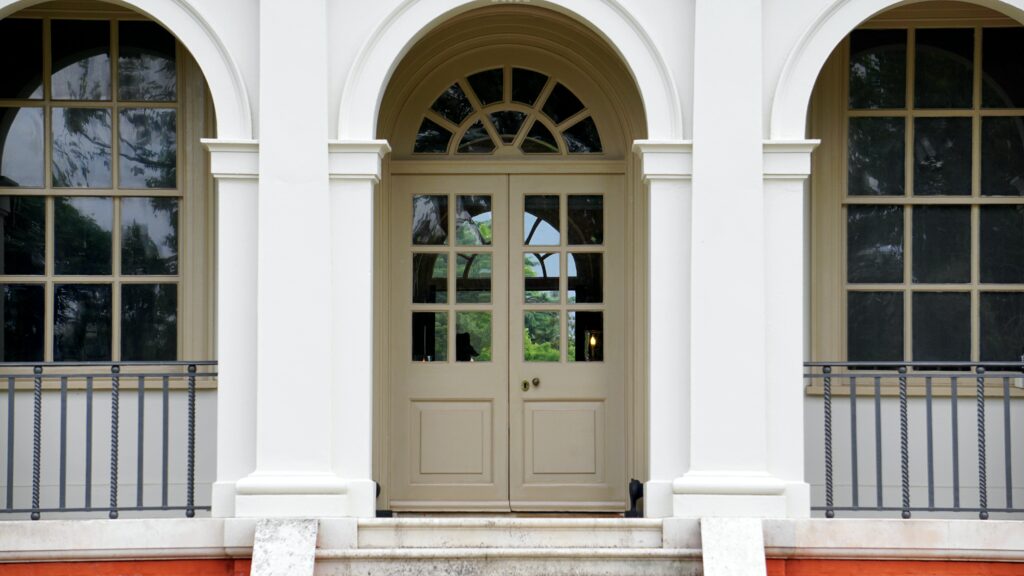 Doors are an integral part of any property. As well as providing access to your home or commercial premises, doors must also have features which make them safe and secure. But beyond these basic functions, doors can also give buildings a particular artistic style depending on their shape and overall appearance.

If you are looking to update your arched doors, or even if you are planning a project that will feature the addition of arched doors, it pays to understand the different choices you have at your disposal.

As arched door specialists here in the UK, we’re always happy to provide tailored advice depending on your existing setup or project needs. However, here is an overview of the different types of arched doors to guide you. 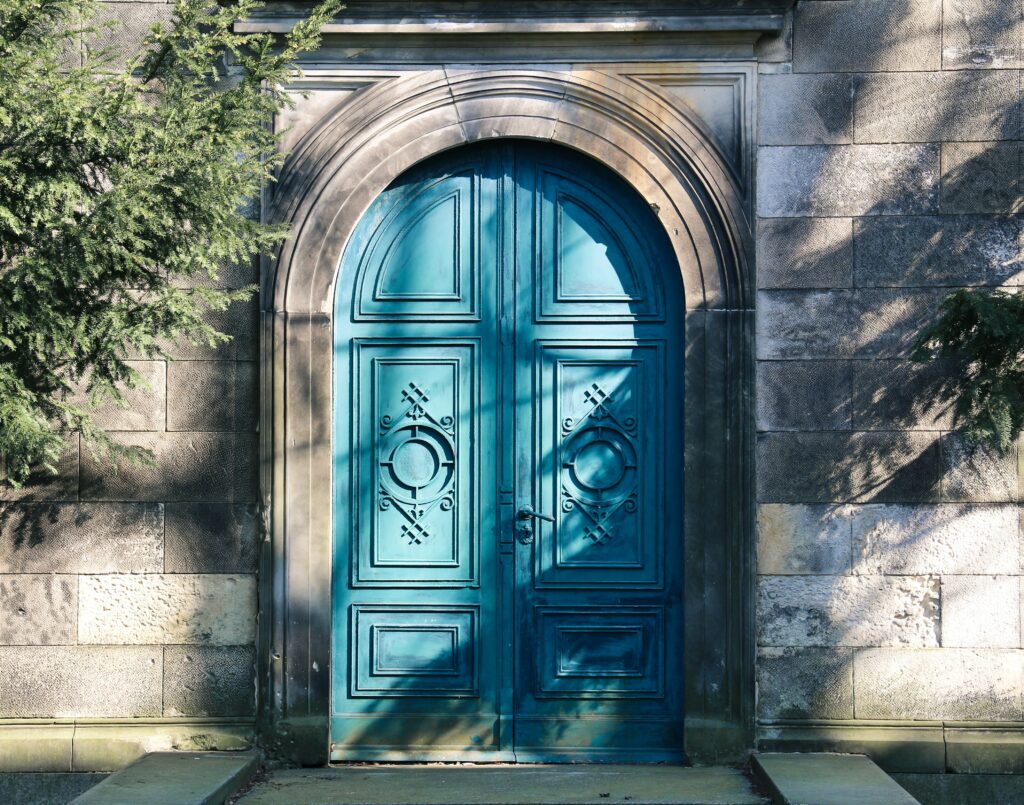 If you’ve ever been inside of a church or better still a cathedral, then you’ve likely seen examples of gothic arches, as the style dates back to medieval times when such historic buildings were likely to have been first constructed.

A gothic arched door features an arch with a pointed crown. Originally, arched windows and doors were developed to provide load-bearing properties in buildings that had exceptionally tall ceilings. In addition, the shape of a gothic arch also allows for a generous amount of daylight to flood the room.

Although gothic arched doors or windows are usually made from stone to accompany similar stone or brickwork, the style can also be replicated with aluminium. 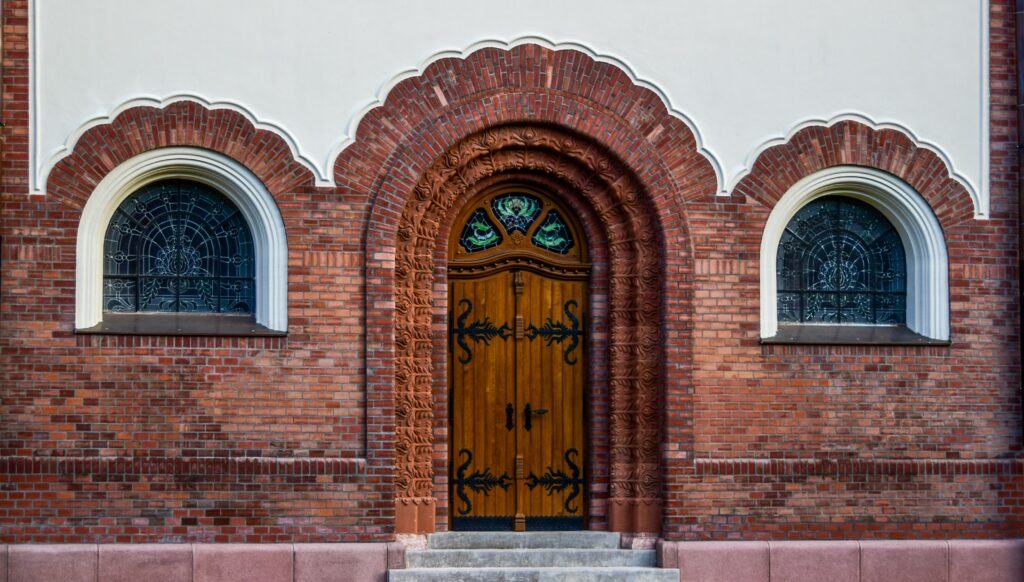 A Tudor arch is a low, wide type of arch with a pointed apex. Its structure is achieved by drafting two arcs which rise steeply from each springing point on a small radius and then turning into two arches with a wide radius and a vastly lower springing point. Tudor arches are also referred to as four-centred arches.

Tudor arches became popular in England’s Tudor Dynasty, which was between 1485 and 1603. In the late eighteenth and nineteenth centuries, the style also went through a revival period, meaning if your property was built with any Tudor characteristics, it likely features Tudor arched doors, door frames or windows.

True arches are thought to have a history which stretches back as far as the second millennium BC. Quite simply, with a true arch, the curved segment is a complete semicircle, rather than having any sharp points.

One example of a true arch in architecture is the entryway of Horse Guards Parade in London. Although this structure forms a tunnel rather than a doorway, it is the same shape as a true arch which can be formed into a door or window shape. 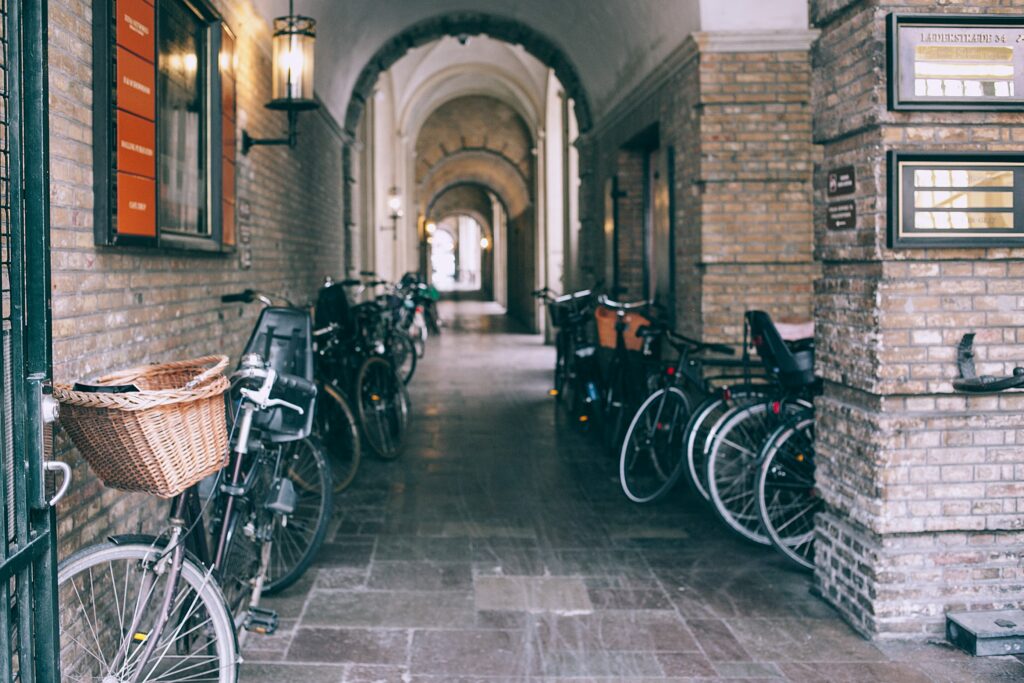 Flat arched doors have a much narrower and in many ways muted curvature than other arched door types. The sides of the door remain perfectly vertical in a straight line, but towards the top of the doorway, a gradual curve is applied. The resulting curve is not severe or pointed, but rather gives a soft style that has a much more modern feel.

In many cases, flat arches are the easiest arch door type to create if there is no prior arch applied to the doorframe. As well as cutting the arch into the material, curved metal or wooden pieces can also be applied to the corners of the frame to generate an instant arch, making flat-arched doors a very versatile style.

What Are The Benefits Of Having Arched Doors Installed? 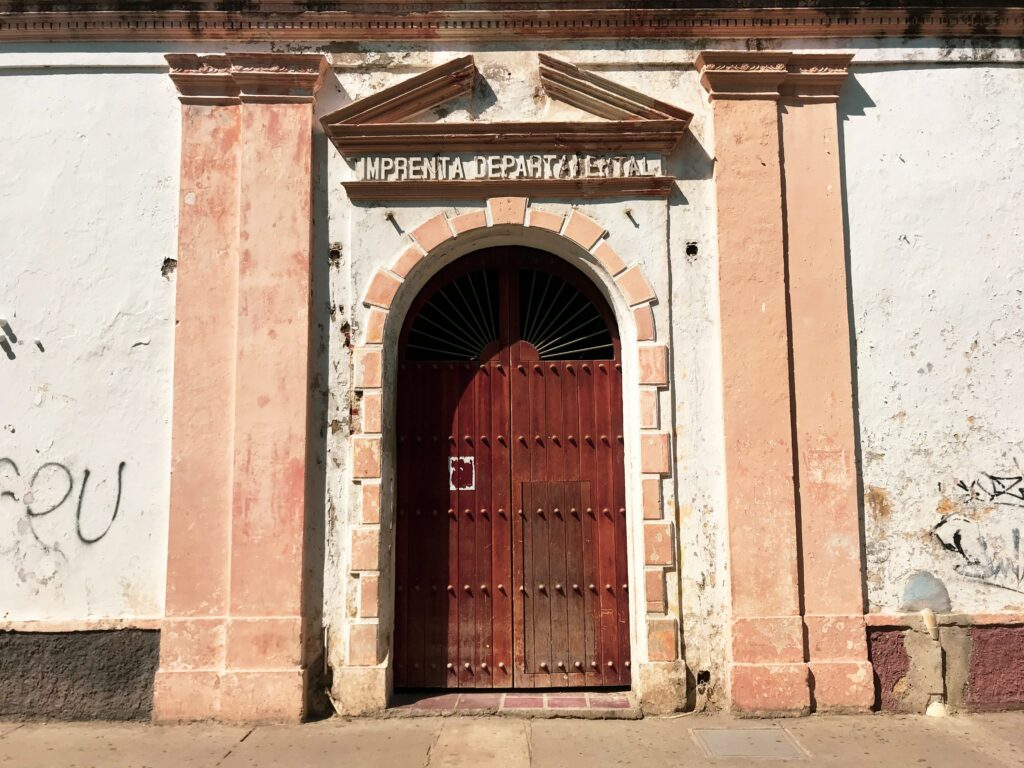 Are you in search of arched front doors or arched windows for your home or commercial building?

ABS are UK based specialists in all things arched or curved doors. Based in Nottingham, we operate across the UK designing, manufacturing and installing arched front doors.

If you would like any further help or guidance on arched doors or any of the other services we provide then we’re here to help.

Please get in touch either by dropping us an email or giving us a call on 01623 721 172 for further help or information.